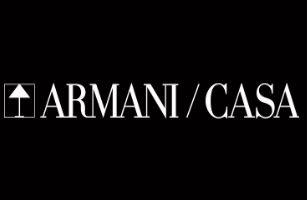 Milan, 30th June 2015 –The Armani Group is pleased to announce the new partnership between the Armani/Casa Interior Design Studio and Smart Hero Group for a real estate project in Beijing, China for the design of luxurious high-end residential units, common areas and amenities of what has been nominated one of the ‘Top 10 Contemporary Buildings in China’ – the Smart Hero-Central Park Plaza residences.

Smart Hero-Central Park Plaza is located in Beijing’s CBD (Central Business District) area, facing the south gate of Chaoyang Park, the largest urban park in Asia. It will be the leading green building complex in China. The project is part of Smart Hero Group’s long-term strategy to develop branded residences that provide a unique experience to the customer. The architecture has been created by Mr Ma Yansong, an internationally recognised architectural design expert.

With the current rejuvenation of Chinese culture and the rise of China as an important twenty-first century nation, Smart Hero Group and Mr Ma Yansong see this project as emblematic of the country’s present-day dynamism. It is also a pioneering example of the integration of China’s innovative contemporary culture with a more global aesthetic, in this case in the form of the unique design philosophy of Giorgio Armani. Central Park Plaza, according to Smart Hero Group chairman, Mr Zhang Xi, embodies a unique mixture of Western design and Eastern philosophy.

There is a strong emphasis on the green aspect of the development, and Smart Hero-Central Park Plaza reflects the Chinese philosophy of ‘Nature and Man in One’; the development will be thoughtfully and sensitively integrated with the environment of the Chaoyang Park, which features a beautiful lake. The project demonstrates a type of ‘landscaping’ approach, incorporating suggestions of peaks, slopes, mountains and ridges into the design. By successfully blending in with the nearby park and its natural surroundings, the new building will stand as an exemplary example for the future, pointing to a way of life in the city of Beijing that incorporates nature, health and culture.

In 2014, this Smart Hero Group project was selected as one of the ‘Top 10 Contemporary Buildings in China’ as recommended by China’s Ministry of Culture together with senior architectural experts. The Smart Hero-Central Park Plaza ‘Nature and Man in One’ initiative was designated ‘China’s Landmark of Times’ and gained recognition as the ‘Sales Champion of Beijing Business Market in 2014’ due to the overwhelmingly positive response it received during its debut to the public.

Giorgio Armani says: ‘I am very pleased to be collaborating on this new development in Beijing, as I believe the city is one of the world’s most exciting modern metropolises. Furthermore, the Chinese concept of “Nature and Man in One” fits perfectly with the aesthetic philosophy I have developed for Armani/Casa, which always aspires to create a sense of harmony in the living spaces I imagine, and always aims to respect the natural world. A sensitive combination of man-made aesthetics with natural materials and forms is, for me, a form of genuine contemporary luxury.’

Zhang Xi says: ‘I am very pleased to have the chance to collaborate with Armani – a world leading fashion brand, it will be an important milestone for our group business development. We believe the collaboration in Beijing – capital of China will become the benchmark in the real estate market in the country, and gain the international awareness.’

The project is scheduled for completion by end of 2017.

More than twelve years after its foundation, Armani/Casa is a world leader in the luxury furnishings sector. A byword for elegance and style, it stems from Giorgio Armani’s living dream of a warm, harmonious, highly comfortable and sophisticated haven. Since 2003, the Armani/Casa Interior Design Studio has provided complete interior design services to private individuals and property developers, from the conceptual phase through to supervising the execution. The studio’s work involves developing creative solutions – under the artistic direction of Giorgio Armani – that are the product of painstaking architectural research and extensive study into the project’s cultural, geographical and architectural context. In this way, the individual designs are developed to be perfectly integrated into their settings in terms of their features and aesthetic values. The Armani/Casa Interior Design Studio’s research impacts on the selection of all materials, colours and finishes involved in the fit-out, as well as on the design of the built-in or custom-made furnishings; all of this is to ensure each design is unique and in keeping with the client’s requirements. Among the Armani/Casa Interior Design Studio’s most recent projects: Maçka Residences in Istanbul, Turkey, The World Towers in Mumbai, India, Century Spire, in Manila, Philippines, Art Residence by Armani/Casa in Chengdu, China and Residences by Armani/Casa in Miami, Florida. Armani/Casa is present in 40 countries worldwide, with a total of 56 outlets, comprising 27 mono brand stores and 29 shops-in-shops.

Smart Hero Group, the creator of new fashionable lifestyle-led property developments in China, aims to integrate its work with the elements of green sensibility, wisdom and art, and other humanistic values in order to create tasteful environments for living. The company has property management offices in Beijing, Dalian, Xiamen, Sanya and other leading cities in China. In this cooperation with Armani/Casa, Smart Hero Group will establish a platform for both companies to create a unique dialogue with the culture of China, and, in the process, develop an exclusive environment for living integrating Chinese and Western cultures.